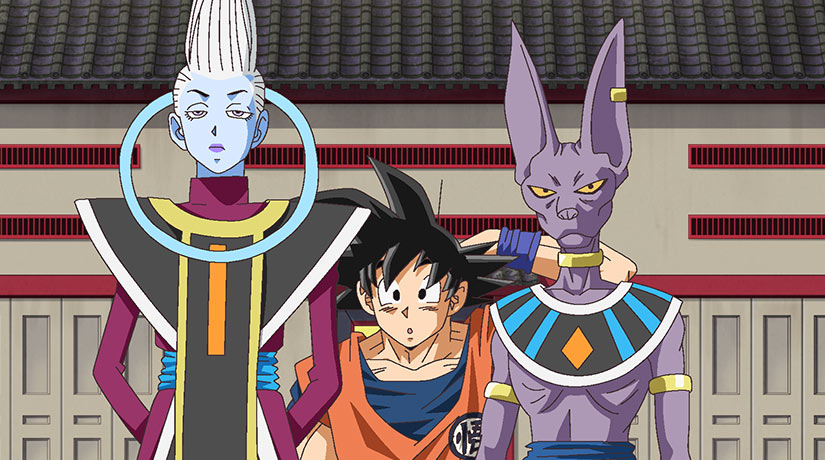 PARIS (November 17, 2016) – As Toei Animation Europe prepares for the television debut of Dragon Ball Super in Spain and Italy, two new agents have been named to represent the iconic brand’s developing consumer products program, it was announced by Ryuji Kochi, President of Toei Animation Europe S.A.S.

Dragon Ball Super, the newest Dragon Ball series from original creator Akira Toriyama, is set for a winter launch on Boing in Spain and Italia 1 in Italy. Supporting its highly-anticipated introduction into each market, Toei has named El Ocho Licencias y Promociones (Spain and Portugal) and Starbright Licensing (Italy) as licensing agents for Dragon Ball Super and its classic predecessors, Dragon Ball and Dragon Ball Z. The comprehensive licensing program for Dragon Ball Super, starting with master toy partner Bandai, will be targeting a new generation of kids and teenagers.

“Buoyed by tremendous fan support and enthusiasm, we have great expectations for Dragon Ball Super in Iberia and Italy,” said Kochi. “We look forward to partnering with El Ocho and Starbright in realizing a fantastic and wide-ranging program.”

“We are very excited about this opportunity of collaboration with Toei. Dragon Ball Super is one of the most interesting projects of the last years and we are confident that Italian consumers reaction will be extremely positive. Dragon Ball is ready to conquer a new generation of consumers and we are very proud to represent Toei in Italy, hoping this is the beginning of a long term partnership”, said Giada Paterlini and Isabella Barone, co-founders of Starbright Licensing.

“We are delighted to represent Dragon Ball in the Spanish and Portuguese territories. We know very well the Dragon Ball brand since the launch of the first series in Spain and we know it is a very successful brand, so we are sure that the new series, Dragon Ball Super will achieve a lot of success. All the team is very happy to be the Agent of this amazing brand in Iberia,” said Eva Rubira and Pilar Fernández – Vega, co-founders of El Ocho Licencias y Promociones.

About Starbright
Starbright is an independent licensing agency that operates in Italy.
Thanks to its experience, skills and know how, Starbright has built long-term relationships with some of the most important Licensors.
Starbright business mainly focuses on Entertainment, Brands and Promotion, specializing in creative brand development programs that resonate with consumers, enhance the brand images of our clients, and generate successful licensing projects. Starbright is a new way to put in contact licensors and licensees, becoming a reference point for all parties involved in the launch of every managed license (TV, distributors, publishers, video game producers, retailers, etc.).

About El Ocho Licencias y Promociones
El Ocho Licencias y Promociones, is a Spanish Agency based in Spain managed by Eva Rubira and Pilar Fernández – Vega who have more than 20 years of experience working in the Licensing field. The two main activities of the Agency are Licensing and Promotion and they work in all the aspect of a Brand: Licensing, Design, Marketing and Promotion. We take care of each brand that we represent as unique and we have a direct contact with all the parts of the chain -retailers, licensees, television, etc.- offering brands such as DRAGON BALL SUPER a 360º support.