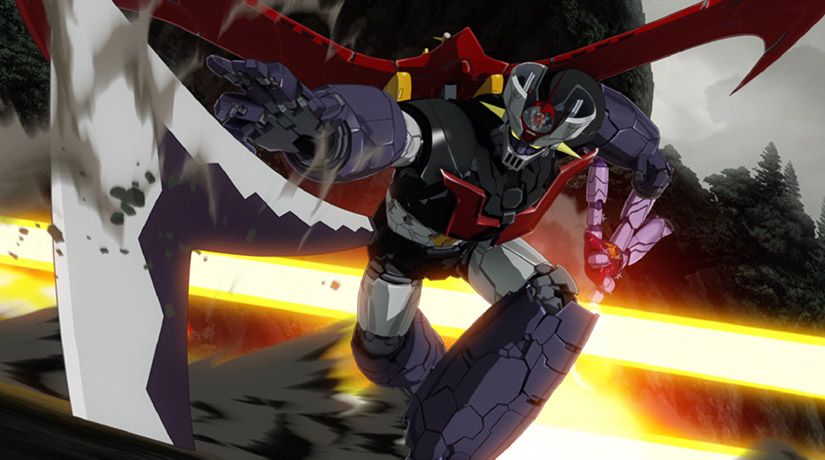 Go Nagai’s famous robots will be for the first time on the big screens. MAZINGER Z INFINITY will be in French theatres from November 22nd, even before the Japanese release ! Dubbing has been performed with care; it’s the French actor Arnaud Ducret who shares his voice with Koji Kabuto (the main character of the movie).
After an exceptional screening with Go Nagai (also creator of Goldorak) on October 30th in Paris, Eurozoom (the movie distributor) organized different premieres across France on November 2nd. Some more are now scheduled before the official release:
• 11th of November at Grand Rex wide screen – 20h (Original Version with subtitles)
• 19th of November, place and hour TBC, with French actor Arnaud Ducret (Original Version)