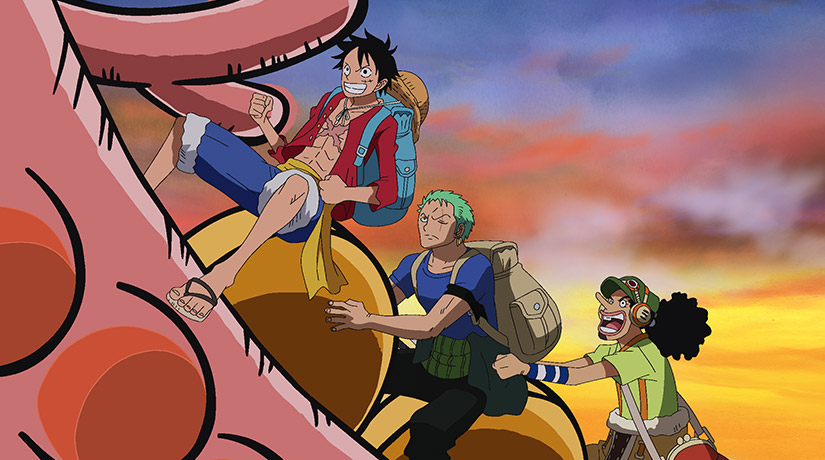 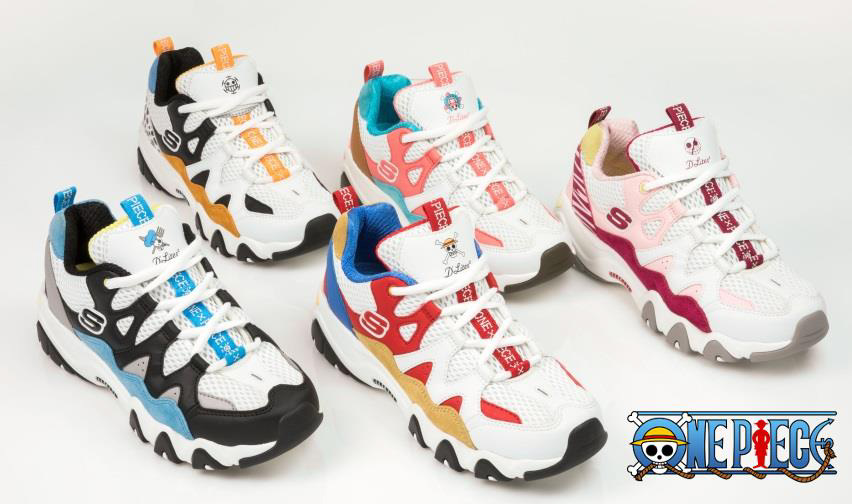 PARIS (April 25th, 2018) – After initially launching in Asia and with an upcoming debut in the United States and Canada, SKECHERS USA, Inc. (NYSE:SKX) is extending its popular anime collaboration to Europe as well with the launch of Skechers X One Piece. The colorful collection unites Toei Animation’s popular anime series with Skechers D’Lites, one of the footwear company’s original styles.

“Pairing the iconic long-running anime series One Piece with one of our top heritage styles resonated with our consumers in South Korea and China who have been driving trends for the past few years,” began Michael Greenberg, president of Skechers. “And now fashion moves at light speed, so as influencers around the world had already been embracing Skechers D’lites and the chunky sneaker trend, we started to see style purveyors—from Hypebae, Hypebeast, GQ, and High Snobiety—covering Skechers X One Piece collaboration as a must have fashion style. We’ve moved fast to share the collaboration with the United States, Canada and now Europe—one of the largest international markets for Skechers.

“We’re thrilled to partner with an amazing global footwear brand in Skechers to launch this exciting fashion initiative across Europe,” said Ryuji Kochi, President of Toei Animation Europe. “Skechers D’Lites embody an energetic trend that’s been taking the world by storm and much like the Straw Hat Pirates in One Piece, our fans are always enthusiastically seeking out the next new adventure in life, so this partnership is a perfect fit. We are confident that the combined merchandising efforts of both Toei Animation and Skechers will bring long-lasting success for this collaboration.”

“The red hot chunky sneaker look has been taking over fashion runways in Europe, creating intense buzz,” added Marvin Bernstein, managing partner of SKECHERS S.à.r.l. “So it’s a unique opportunity for us to bring the collaboration of the D’Lites, the originator of the chunky look, and the legendary One Piece series to Europe where we expect it will resonate with stylish consumers across the continent. We’re thrilled that this is all happening with Toei Animation, the pioneers of Japanese animation.”

Eiichiro Oda’s One Piece is the best-selling manga in history with more than 430 million copies worldwide. In 1997, it spawned an acclaimed anime series that has produced 830+ episodes plus 15 movies. Following the adventures of Monkey D. Luffy and his fearless Straw Hat Pirates, fans are taken on a fantastical journey across a world teeming with wonders and imagination. A multi-generational property, it continues to captivate viewers both young and old. The story and its characters have also expanded across other media into film, television, and video/mobile game as well as theme park in Japan.

Skechers pioneered the chunky sneaker look two decades ago with the Skechers Energy for men and women as well as the Skechers Stamina for men. The style evolved and the Company introduced Skechers D’Lites—a lighter version of its original style—in 2007. Though the collection has always had a dedicated consumer base, sales accelerated across Asia over the last two years after regional marketing included K-Pop groups. In 2017, the Company relaunched an even lighter update of Skechers D’Lites in celebration of its ten-year anniversary.