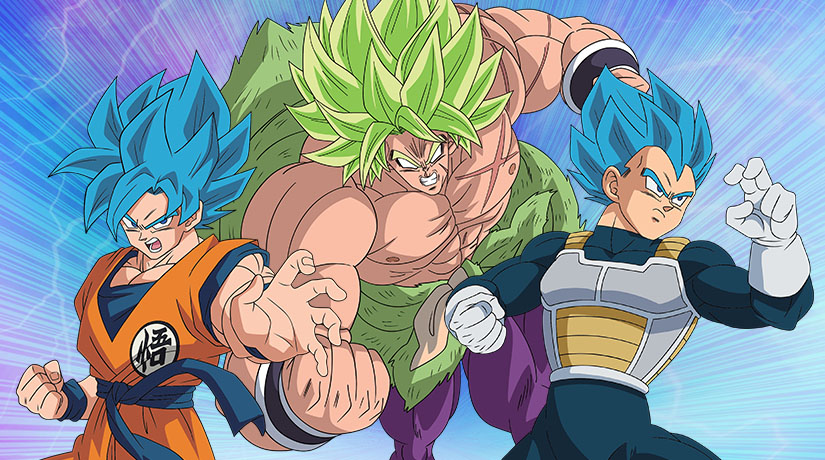 It is official now: distributors have been appointed all across EMEA for the release of DRAGON BALL SUPER: BROLY movie. As for key territories, KOCH MEDIA will be in charge of the distribution in Italy, SELECTA VISION in Spain and Portugal, VIZ MEDIA SWITZERLAND in GAS, and VIZ MEDIA EUROPE and WILD BUNCH in France. An advertising campaign has been synchronized between all the territories, from November 30th to December 1st, where trailer and theatrical information were exposed on YouTube. The film will be in theatres on January 23rd in the UK, January 29th in Germany, February 1st in Spain/Portugal, February 28th in Italy, March 13th in France. Premieres will be organized in some territories.
After its release on December 14th in Japan, the movie totalized over 2.9M Japanese viewers so far!