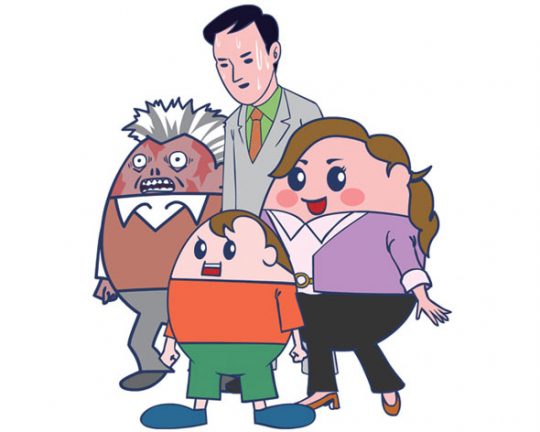 A hilarious comedy featuring a life of Totsugawa Satoshi, who is a proud, middle aged man working for a small advertising agency.

He mourns for the fact that his wife’s income is much higher than his, and that he has a crush on his coworker.

His life however, became even more complex when he was chosen for the union leader of the apartment house he is living in.